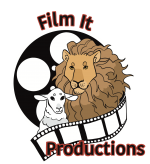 behind the scenes at Film-It Productions

The Faces Behind our Success

We Couldn’t Do It Without Them

Darla Rae is an award winning filmmaker and CEO of Film It Productions. Her first full-length feature film, “The Goal” also won numerous awards at various International Film Festivals in three countries, and has screened internationally and received worldwide distribution. Rae’s first documentary “Dandy Kids” also won awards and screened before the United States Congress and was distributed by Film It Productions and continues to help the medical community along with children and their families around the world.

Rae started acting at the age of eight. Growing up in the Los Angeles suburb of Azusa, it was only natural that her love of the arts would flourish. She started acting in stage productions and gradually made the transition to writing, directing, and producing. Rae made the move from stage to film when she was 18. She has written, directed, and produced over 100 stage, film, video and commercial productions. Rae’s passion and unlimited creativity along with her business experience produces products of excellence. Darla also has over 20years of experience in Management for aerospace companies managing production and procurement, including contracts with NASA.

She is an alumna of The American Academy of Dramatic Arts in Los Angeles. Rae got her start in the industry in John Carpenter’s original Halloween.

Kas brings 50 years of experience in the entertainment industry to Film-It. At the age of 10 she had her own television show in St. Louis and at 15 she went to study ballet and acting in NY. She studied acting at The American Academy of Dramatic Arts, NY. She landed a role on Broadway, but soon left it behind to pursue her true passion of ballet. She toured with the Ballet Rouse de Monte Carlo, and later with the National Ballet Company of Washington, DC. She performed with many famous dancers including Frederick Franklin and Mikhail Baryshnikov. George Balanchine also directed her in the premier of “Serenade.”
She performed over 200 performances of Swan Lake.

She is Producer on all Film-It projects. She has also earned degrees in Business and Nursing. She developed, owned and operated a Christian Bookstore in a large mall in Houston Texas. She also owned and developed a line of cosmetics and health products, forming a company with 50 employees. Kas served as Regional Director of Safety and Health for a fortune 100 company. 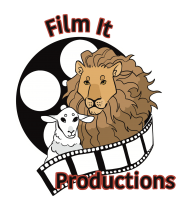