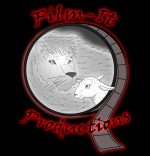 Gadsden—Filmmaker, Darla Rae met local talent Laura Dodd at an acting competition in Los Angeles in 2003.They struck up a conversation and have been friends ever since.

When Darla Rae called Laura up and asked if she had a song that she could use for her movie “The Goal”,she was surprised at what she heard. Laura sang her amazing song “Where Eagles Fear”. “I was so blown away that I went back and rewrote some of my script to incorporate a scene in which we could feature Laura and her song, but also some of her personal story”.

“The Goal,” which can be rented at “Blockbuster”, and purchased online at Blockbuster, Barnes and Noble, Circuit City, and Best Buy, started out twelve years ago as a way to tell the story of how a friend became a quadriplegic and how he overcame adversity through wheelchair rugby and has become an inspiring story for many.

Darla Rae and Laura Dodd will be in town to raise funds for Gadsden Cultural Arts programs on November 10th, 7pm 2006. An intimate Screening of The Goal will be held at Mary G. Hardin center for Cultural Arts at 501 Broad Street, Gadsden. The screening will be followed by a live performance by Dodd and a Q&A with Rae.

Tickets can be purchased at the Cultural Arts Center. $3.00 for adults and $2.00 for children. Members are free.

Special signed dvd copies of “The Goal” and cd’s of “Song Bird” will be sold for $20.00 and benefit the arts center.

Every person who purchases a copy of “The Goal” will be entered into drawings for ipod’s which will be loaded with the three original songs featured in The Goal, including Dodd’s song “Where eagles Fear”.
Rae is still in awe over the big things that have happened to her movie. The film has won several awards, been bought for television and DVD distribution worldwide, released on DVD, and played limited release screenings in Denver, Houston, and Michigan.

Rae said,” I always knew that this would be a good film, but I never realized how much it would touch peoples hearts. I feel very blessed. The whole purpose of The Goal is to give back to the community and that’s why were here helping the Cultural Arts in Gadsden said Rae”

For more information call Cultural Arts at 256-543-2787 or visit www.thegoal-movie.com 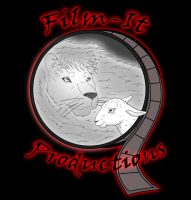